Rising out of the Atlantic Ocean in volcanic glory and closer to Morocco than mainland Spain, Tenerife is home to hidden bays and busy beaches, quiet villages and bustling towns, one of the world’s largest carnivals and, watching over the island, the highest peak in Spain. The largest of the Canary Islands and dubbed the ‘island of eternal spring’, Tenerife is an island of contrasts and experiences that offers so much more than days by the pool and nights in the club.

The tourist areas lining the island’s southern beaches are naturally bustling and energetic, with a healthy contingent of holidaymakers looking for sun, sea, tasty Spanish food and the occasional night out.

Venturing inland, beaches give way to steep hillsides, ravines and picturesque villages, all waiting to be discovered and still relatively untouched by the mass tourism hugging the coastline. For braver souls willing to explore the island’s interior, Teide National Park is an unmissable experience. Declared a World Heritage Site by UNESCO, the park is home to Mount Teide, the highest peak in Spain.

Travelling further, Santa Cruz de Tenerife is the island’s capital and, only an hour from the south coast, is home to one of the world’s largest annual carnivals. Taking place during January and February, the ‘Carnaval de Santa Cruz de Tenerife’ is widely considered a close second to the world famous carnival in Rio de Janeiro, a fact recognised by the capital’s twinning with the inimitable Brazilian city.

Read about our favourite places in Tenerife here! 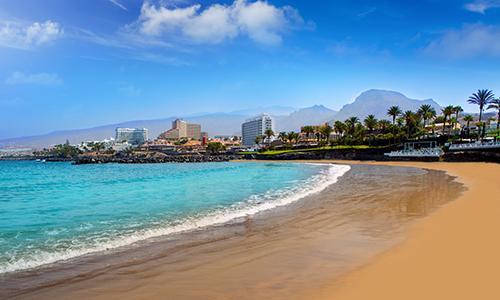 Costa Adeje is a popular upmarket and family friendly resort, well known for its beachside restaurants and top quality 4 & 5 star resort hotels. Costa Adeje is also home to the world-famous Siam waterpark along with a number of other family entertainment options and attractions. Transfer time: 1 hour.
Find Out More
Guía de Isora 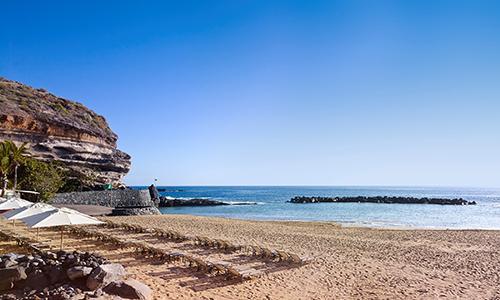 On the west coast of Tenerife, Guia de Isora offers amazing sunsets and impressive views across to La Gomera island. A small resort playing host to a number of spectacular 5* hotels, this is the perfect spot for a relaxing holiday off the beaten path. Transfer time: 90 minutes.
Find Out More
Los Cristianos 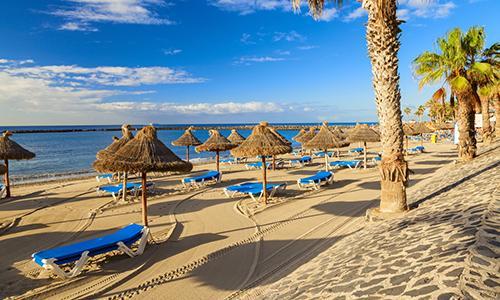 The main port on Tenerife’s south coast, Los Cristianos retains the qualities of traditional fishing harbour while having developed into a busy holiday resort. Hotels of all budgets can be found here, along with a wide choice of excellent seafood restaurants. Transfer time: 30 minutes.
Find Out More
Playa de las Americas

Perhaps the most popular resort on Tenerife’s south coast, Playa de las Americas offers accommodation for all tastes and budgets, along with endless options for entertainment and a busy nightlife scene. Days are spent on or beside one of 6 beaches each offering watersports and a range of restaurant and bar options. Transfer time: 40 minutes.
Find Out More
Playa Paraíso 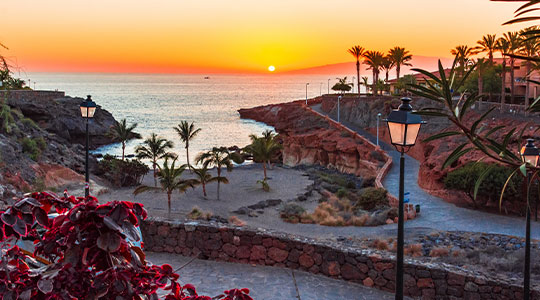 Playa Paraiso neighbours the popular resort of Costa Adeje and although a little quieter offers a similar upmarket base for your holiday with a choice of both established and brand new high-end resort hotels. Transfer time: 1 hour.
Find Out More
Menu